Robert Hanley is passionate about teaching and training you on how to start and run a video production business from your home or retail location! 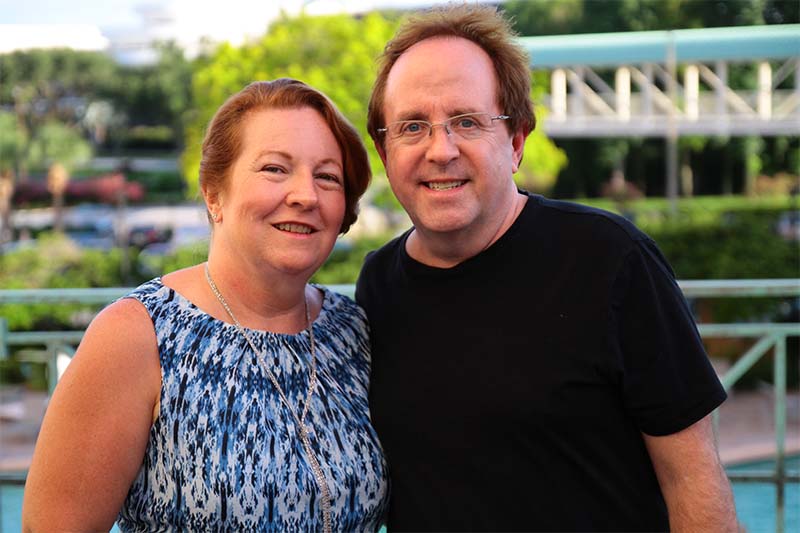 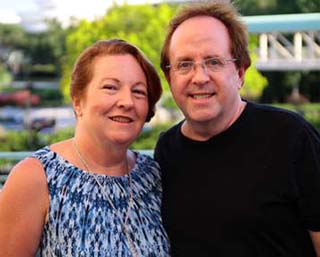 Robert Hanley is an American Producer/Director/Editor /Inventor & Entrepreneur who has turned his love for film and video into a cottage industry of companies serving customers from all over America. Hanley, founder and president of Home Video Studio, learned how to succeed in business at very young age - age ten to be exact - running his own popcorn and snow cone business at the city park! He now owns and operates the most successful video services business in the country - Home Video Studio (HVS) - with studio owners across America participating in the Home Video Studio Network (HVSN), following Robert's plan, and enjoying what he calls "an exciting and fun 'lifestyle' business." Robert's vision for running a video business from home was born from experience in film and video production.

He has been involved in every aspect of the industry as a writer, producer, director, gaffer, soundman, technician, cinematographer, and editor.

He has shot on both coasts in every format including, 35mm, 16mm, Betacam and more. He has also paid his dues logging thousands of hours in editing suites. He has written, produced, and directed a feature film, Good Cop, Bad Cop and is currently working on his second feature film, a documentary: The Great American Home Movie. Yes, Robert Hanley has been in the trenches, and now he shares his experience and knowledge with HVSN owners and others who want to open their own video production studios.

Robert's vision for running a video business from home was born from experience in film and video production. 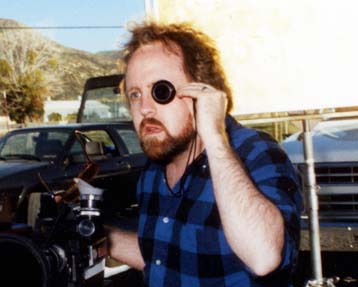 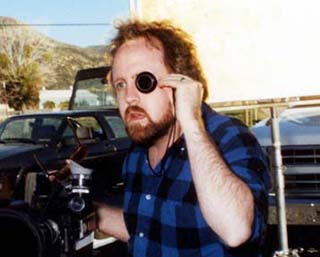 Before founding Home Video Studio Robert was best known as a film and video Producer/Director/Editor. Hanley's interest in filmmaking goes back to his college days. His lifelong passion for movies and film began when he took a class on the great movie directors like Stanley Kubrick, Orson Wells and John Ford. Then one night in 1977, he went out with some friends and shared an experience many film enthusiasts remember: he saw George Lucas's Star Wars. Sitting in that packed theatre changed his life and he decided that night that he wanted to make movies and films.

Before founding Home Video Studio Robert was best known as a film and video Producer/Director /Editor. 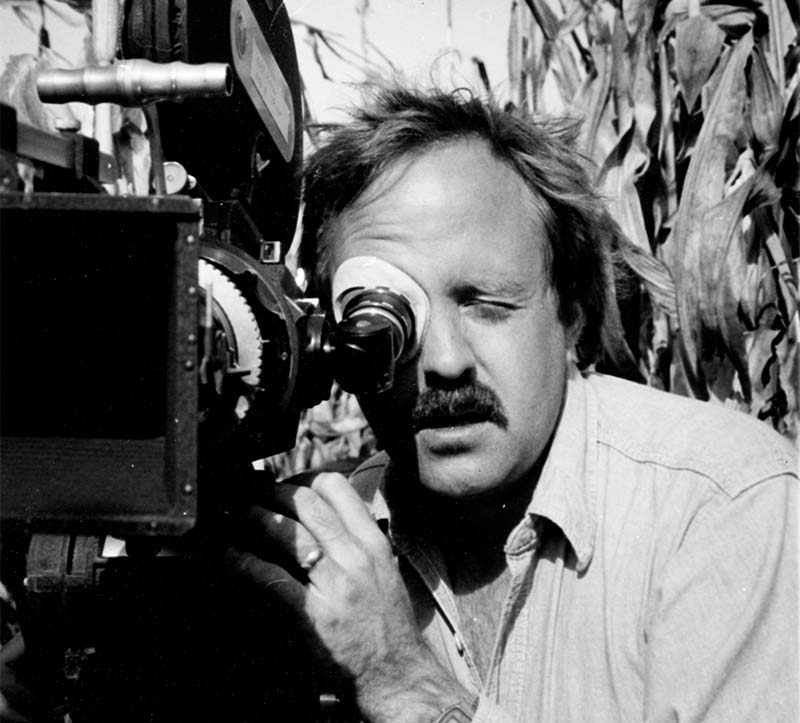 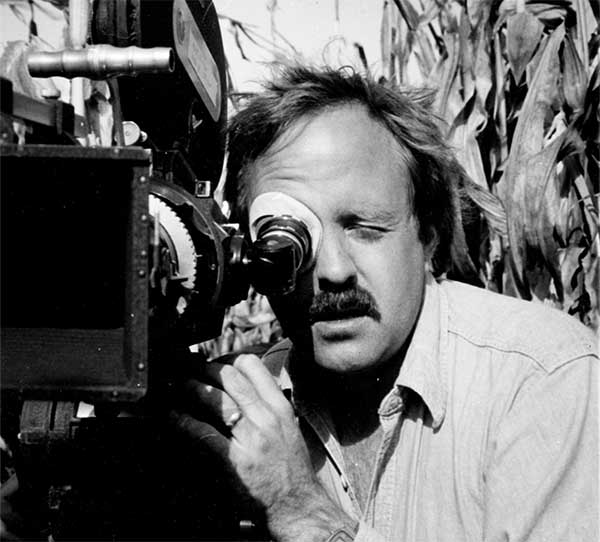 Graduating with a degree in Liberal Arts Hanley enrolled and attended Southern Illinois University film school, but the lure of "Hollywood" and the dream of starting his own business was too much to ignore so he dropped out, returned to his small town and began pursuing creative and business endeavors. Coincidentally, Robert also found and later married the love of his life, a beautiful Purdue coed - Denise Fitzgerald.

Robert dabbled in the fast food business for a short time - owning and running a 50's American Graffiti style drive-in restaurant (possibly another Lucas inspiration?) while he sought opportunities as a movie producer and director. In 1982 Hanley got his first major project a sixteen 16mm film - a twenty-three minute documentary for the Indiana Lions Club Eye Bank titled Our Goal Is In Sight with a $23,000.00 budget!

Armed with the success of this first major project, Robert started his own film production company and moved from his small hometown to Indianapolis in 1982. As a full-time professional, Robert produced local and national TV commercials, corporate image films and videos, training tapes, and a host of other similar projects for large companies, such as: General Motors, General Foods, Jayco RVs, and Airstream, as well as dozens of advertising agencies, and local and state government organizations.

Even with this lengthy list of successful projects in both the industrial and the commercial film industry Robert faced the hard problem that all independent film and video producers face: how to "monetize" what is essentially a creative business. Robert did wonderful work but the peaks and valleys of the business had rendered him the quintessential "starving artist." In 1989, he took two years off to pursue his dream of writing, shooting, editing, producing and directing a feature film. Out of the frying pan... by early 1991, his feature was done but his financial affairs were in shambles. He had a wife and two small children. Denise, who is an RN, was working full-time and bringing home the bacon. Robert was a stay-at-home Dad and was pretty much washed up, so to speak. What do you do when you're 35 years old and out of work? 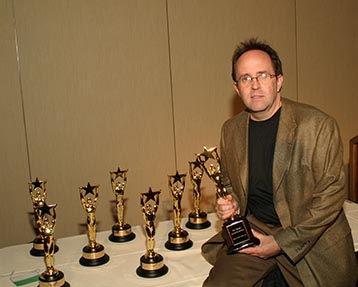 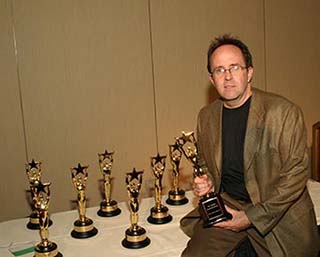 Call it luck, synchronicity, timing, fate, or the hand of God (and factor in the power of prayer) but the summer of 1991 proved to be Hanley's renaissance. On June 14, 1991 Robert decided to do what so many successful entrepreneurs do: he reinvented himself. Denise and he were determined to do whatever it took to rebuild their lives and recover their financial health. On that day he decided to start focusing on making money in the video business - only money. He would not make blockbuster movies or world changing documentaries. He would focus on making money.

Taking the knowledge and experience he had gained he retooled his production business into a video production services business. This new company would focus on offering video services that other production companies couldn't or wouldn't offer but that were definitely needed. Soon Hanley had created a cottage industry by focusing on transferring old 8mm, Super 8mm and 16mm films and tapes, as well as Photo Video Keepsake montages, editing, and duplication. 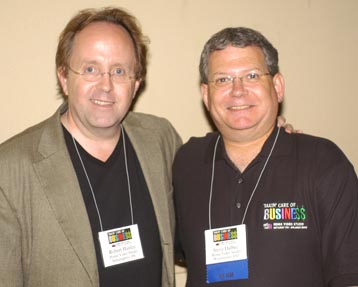 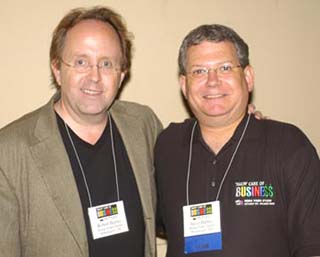 From 1991 through 1995, Robert perfected this business model. His passion for film and video would soon develop into a passion for helping others to start and run their own studios. Naturally, people started asking how he started his business and how they too could start their own home-based video business. Hanley began to realize that he had developed a unique and extraordinary business system that could be duplicated. He had a system that worked very well. In the fall of 1995 and he began to develop a plan that others could follow.

It took a while but by 1998 Robert was ready. He sold his first studio in 1999. Then he sold another, and another. From that humble spare bedroom the business grew and grew. In 2006, long out of the spare bedroom, Robert franchised HVS. Home Video Studio as a franchise seemed to offer some strategic advantages. As in all his endeavors Hanley jumped into the franchisor role with both feet and within a few years Home Video Studio was the envy of its peers, winning Entrepreneur magazine's coveted "Number One Franchise for Photography and Video Services" award, as well as landing in Entrepreneur magazine's Franchise 500.

While the national spotlight and exposure was wonderful for Home Video Studio, Hanley started to notice a national internet trend that was sparked by Google, Bing and Facebook. Basically local businesses with individual brands were becoming very popular and easy to find. Local was hot. So in 2014 Hanley decided to once again offer Home Video Studio as an independent business, with studios having a local face and name, but supported by a network of success and expertise. Home Video Studio has come full circle. With a proven system, an established method of success, and a winning plan HVS puts you into your own local business. It is the best of both worlds. Today, new studios can use their own name or license the Home Video Studio brand - either way they are independent businesses. Your in business for yourself but not by yourself.

"I can truly say I'm living the American Dream! I love my business and the people I serve. I can't wait to get into my studio each and every day. When your work is your passion and your passion is your work - well, it just isn't work. I have other interests; I love cooking and fix most of our meals at home; I collect classic sheet music, especially from movies and TV shows; I'm also an avid reader and, of course, a film buff. I am an expert blackjack player. Denise and I enjoy perusing antique malls and exploring wineries. Most of our vacations usually involve a winery, a casino and an antique mall. I have a theory that wine always tastes better in the winery!" - Robert Hanley.

I can truly say I'm living the American Dream!

Robert has two grown children. Nicole Lewis is an artist, art teacher and an entrepreneur as well as a stay-at-home mom. Aaron Hanley is a graduate of Full Sail University with a filmmaking degree. Denise continues to work as an RN and still brings home her share of the bacon.

"The American Dream is alive and well at Home Video Studio. I truly believe that this is the perfect business. If you think our business and lifestyle might fit you, I urge you to call me at 1-866-714-1956. Let's make making movies your business as well as ours. I look forward to hearing from you." - Robert Hanley.

Want to take the next step? Click to request a FREE information package

Join us for our next webinar

"I attended a Tuesday Noon Webinar, called Robert and then attended the Zoom! N Tell Saturday Experience. I signed on that day and am so very excited. I love my Home Video Studio." - Wendell Timothy

Are you at a standstill? Need a career change? Start your own Home Video Studio and control your life and your lifestyle. Be creative and have tons of fun. Are you doing video as a hobby right now? Have you toyed with photography? If you like computers, technology, cameras, etc. then Home Video Studio may be the perfect business for you. Home Video Studio can turn your passion into your profession.

Select a Studio Testimonials Training F.A.Q.'s About Us